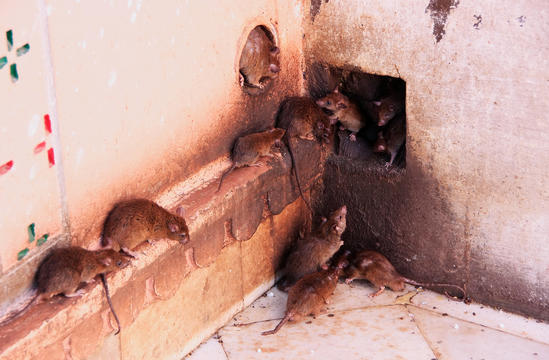 Rats and mice can be a common problem for many domestic customers, as well as commercial customers too!

There is a saying that we are no more than 10 feet away from a rat, with estimates of the numbers of rats and mice in the UK varying wildly, from a few hundred thousand to millions. In all honesty, none of this matters; all you are worried about is being rat or mouse free in your property!

The problems with rats and mice is…?

And you have good reason to be worried as both of these rodents can cause huge problems, such as…

Why do rats and mice become a problem?

Most of the time, we live in balanced harmony with nature, including rodents. However, there are circumstances that conspire to make their numbers increase and when their population explodes, they find that their normal habitats are ‘full’, hence they encroach on ours.

All of the following contribute to rodents seeking refuge and making their homes in or too close to ours:

How to be rid of rats and mice

It will almost impossible to completely eradicate rodents from the British isle but, it is possible to eradicate them from your garage, outbuilding, home, feeding barns and other areas of your property of them and, more importantly, control them.

There are many methods available to the professional pest controller, than those available to you to buy over-the-counter from laying poison to trapping them.

The issue with using poison is that is needs to be done responsibly so that other domestic animals, wild life and your family do not inadvertently come across it, and are poisoned by it. Pest controllers are not only trained in the safe use of pesticides and insecticides, but they also know how rodents behave – for example, they are instantly suspicious of something ‘new’ in their area or space, and will therefore avoid it. As a result, just setting a trap or laying poison is only half the solution!

But more than anything, investing in the professional services of an expert pest control company such as Devon Pest Control, is that the job is done quickly, effectively and with minimum fuss, leaving your property rodent free and under control outside.