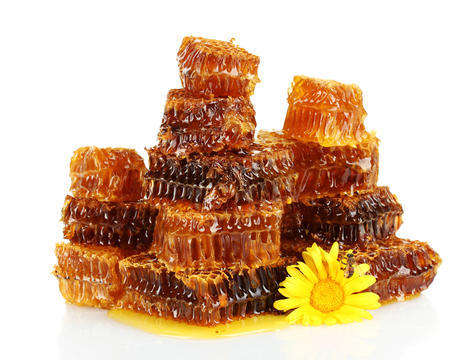 Wasp and bees can strike fear in the heart of anybody – not just for their nasty sting, but also for those people who are allergic to their sting; anaphylaxis is a state of shock that the body can suffer as the result of a toxin being injected into it. The hard fact is, that many people will be unaware that they are allergic to wasp or bee stings.

However, not only are the nests and hives dangerous, they are also a nuisance, especially when you consider that wasps, in particular, can make their nests in the most inconvenient of places – the front porch, the garage, the garden shed… there is nothing worse than trying to dodge a hive of angry wasps as you make your way in and out of your home or business!

IF YOU SUSPECT YOU HAVE A WASP OR BEES NEST ON YOUR PROPERTY, DO NOT ATTEMPT TO HANDLE IT YOURSELF.

Although they are not as feared or hated as wasps, bees can still be a nuisance when they make their home close to ours! They are not as aggressive as wasps either, as long as they are left alone and not poked or disturbed too much.

If you have a bee’s nest close to your property, do not attempt to move it yourself as it can be a painful (if not fatal experience for some) to be stung by bees. However, many people think that bees are protected and their nests cannot be moved; this is not the case but because bees are seen as important to ecology and nature, pest controllers prefer to re-locate bees rather than exterminating them.

The process is quick and painless!

In 2014 we relocated 8 bee colonies to local bee organisations that have in turn produced over 110 lbs in weight of high quality honey. The relocation process not only helps to keep the local bee population healthy but has also contributed to a more sustainable economy for our local honey producers. 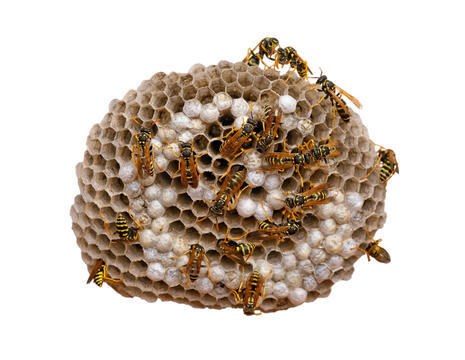 However, wasps take a different kind of handling and the option here is to exterminate the nest, quickly with professional grade insecticide, only available for use by pest controllers.

Wasps have a lifespan that lasts from spring to early autumn and they will vacate their nest at some point in late summer, early autumn. Once they have left, they do not return hence, if you are confident that the nest is completely empty, you can remove it, not forgetting to marvel at the intricate nature of it.

However, wasps do have an unfortunate habit of making their nests in the most unusual and inconvenient of places, including in an unused bed in the spare room of a home in the summer, 2014; without disturbance or interference, the nest can swell to huge numbers.

When this happens, and you, your family and pets face a direct threat from being stung, then the only option is to call in the pest controller!

Wasps do not like to be disturbed and, if the workers feel the nest is under threat from human intrusion (as well as other interference from animals etc.), they will send out a signal to fellow workers to defend the nest. This is when worker wasps leave the nest, ready to attack and will sting, indiscriminately. They can deliver several stings per worker wasp, a painful experience for the recipient.

Not all wasps make nests that are visible; there are some wasps that are ‘loners’, making their summer nest in the soil, away from human habitation. Again, they can pose a problem should they sting, especially if they feel under attack but, if left alone, they tend to go about their business without intruding on ours.

Need help with wasps or bees?

Wasps and bees can be difficult insects to live with; the fear of being stung can make us nervous and distressed at having to share our homes and gardens with them.

As specialist pest controllers, we have the methods and equipment to safely – and effectively – deal with both wasps and bees. Don’t take chances and face being stung; get our help!